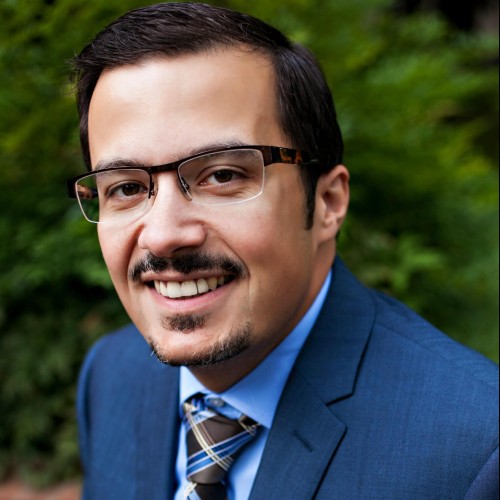 Greetings Davis Wiki. My wife and I moved to Davis in May 2008 and this Wiki saved our lives. OK, it probably didn’t literally save our lives, but it sure felt that way. For the first year especially, when we had no clue where we needed to go for what, this Wiki came to the rescue. So, thank you for that.

My wife completed her undergraduate schooling here and a post-doc at UCD. She's now a professor at CSU-East Bay. I finished law school at Santa Clara University School of Law in May 2012, and passed the July 2012 bar exam. We hope to spend the rest of our lives in Davis. I run a small law practice here in Davis called Pakpour Family Law.

We have a daughter who was born in 2010 at the Sutter Davis Hospital Birthing Center. I cannot say enough good things about midwifery in general, and the midwives who work specifically at the Birthing Center here in Davis. We felt so fortunate to have a resource like that only a few miles from our home. We also now have a son, born in 2013 at the same birthing center.

I spent a lot of time editing and contributing to Wiki pages when we first moved to Davis, but have since been quite busy. Thank you to all the contributors and editors who make the Davis Wiki a reality.

2010-07-23 18:51:48   Welcome to the wiki. I am sorry if you and I had a rocky start. I appreciate your not wanting to get into an editing war; neither do I. But perhaps you might wish to chime in on the discussion my revert of your edit sparked at ["Law Students/Talk"]. Some people, such as myself, do feel strongly about the content and wording of the wiki's pages. I agree with you that charm and readability are not mutually exclusive. I guess I thought it was already both charming and readable. :-) But more important to me than the wording of this particular edit is that you not be turned away from editing the wiki; another editor has expressed this concern. As an academic, I think it's important to be able to work together through the occasional disagreement, and I hope you stick around the wiki to do just that. —CovertProfessor

Funny how king is ranked higher than McGeorge, but McGeorge has had a higher bar passage rate... —StevenDaubert

Of course, the bar exam is a hazing ritual that has little to do with the actual practice of law —wl

True, but bar passage rate is only one factor, and not even the most important one, when it comes to U.S. News and World Report. It's typically undergrad GPA and LSAT score that rule both the rankings and whether you get into a particular law school. —BP

2010-07-29 12:01:49   It's worth plenty, the more voices the better. Some people get heated about certain issues that've been boiling for a long time now, but everyone's got an equal voice, subject to the establishment of a little bit of identity. Some of us are leery about the idea of requiring identity (of whatever sort) as a threshold to having a voice here, but regardless, you're easily past that point. —TomGarberson

2010-07-29 13:48:47   Brian, if you have a few minutes to spare, would you mind dropping in and giving your input over at Wiki Community/Can't We All Just Get Along? As a newer user who caught some backlash from the tension that's been floating around here, your opinion would be very valuable. —TomGarberson

2010-07-29 14:58:43   I didn't think you'd be the person to break first. Should I reply and point out that it isn't me who is obsessed with identity? Would that be constructive for the page? Would it be constructive if we started arguing — now — about whether your edit improved readability? —CovertProfessor

2010-08-01 08:35:22   Why is it so inappropriate? Maybe there is more to it than would appear, especially if it is the sort of bike that is more noticed by people who care about those bike shops particularly. I assumed this was the reason why it was posted on those 2 pages. —NickSchmalenberger

I don't know that it's inappropriate per se, but if everyone did it, the bike shop pages would get awfully long. The Bike Recovery System page is a good place for that stuff. —TomGarberson

Well sure, but I don't expect most people to do it anyway because the Bike Recovery System is a more obvious place. I don't think its a problem for these things to occaisionally be posted in other reasonable places too. It can always be removed later once its really irrelevant. -NickSchmalenberger

I think I was kind of thinking along Tom's general line of thought. If everyone immediately tags pages associated with an object they lost whenever they lost it (think: all the pages having to do with pets), it could get messy, and unnecessarily so, since we already have the Bike Recovery System. Again, I feel for someone who's lost his bike (or pet for that matter), but I'm not sure posting to various pages throughout the Wiki to recover it is the appropriate method to do so. He also already posted about it a few months ago. - BP

Thanks Tom! I appreciate the well wishes! —BrianPakpour

Thanks JW!!! I appreciate it, both the comment, and the sentiment it engenders! —BrianPakpour

2013-04-25 00:59:59   I like the Wunderbar and all, but their beer selection is substantially smaller than a number of other watering holes around town. —MikeyCrews

I actually grew up in the burbs outside the city, mainly Bucks County, and more specifically Holland. I moved into Center City as an adult and lived in West Philly with my then girlfriend, until we moved here to Davis and got hitched. —BrianPakpour