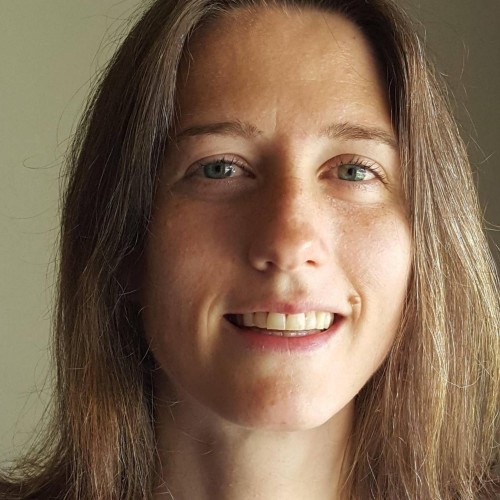 I am Cristina Deptula, and I've just graduated from UCD with a degree in Comparative Literature and a minor in Biology. I'm now back in the Bay Area with family, helping out and hoping to have a place of my own in the near future. I currently do a lot of blogging.

I formerly worked at the UC Davis Annual Fund, raising money from alumni, and also did science reporting for the California Aggie. I also put in some hours doing data entry for theJohn Natsoulas Art Gallery downtown.

I encourage everyone to visit the site freebatteredwomen.org - they work with women in prison who have committed crimes as a result of domestic abuse they faced - i.e. self-defense, writing bad checks to survive, not reporting certain crimes to the cops quickly enough because of threats to their children, etc. The founders of this group are leaders in the Habeas Project - a group of lawyers trying to get the psychological effects of domestic violence to be taken into account when these women are being sentenced in court, often by giving already incarcerated women new trials. They also have a pen pal project, where women can make friends and develop an outside support system to help them better return to normal society when they do get released. There are also plenty of quick and easy online petitions and actions to take on the site - as well as info about trying to deal with the root causes of social problems rather than criminalize particular people.

I am involved in various campus organizations - thanks to all of you who attended the Valentine's Day benefit concert for refugees in Sudan organized by Students Taking Action Now on Darfur.

I also volunteered with children in Sacramento every Tuesday afternoon from three to six - that's a whole lot of fun, we are always desperately seeking mentors, especially guys. Contact Kirsten at klepfer@cahouse.org for more information - you get 2 units of credit.

And I helped put on the Whole Earth Festival every year, as well as showing up to haunt various meetings of SOS, the English Country Dancers, and a lot of the art gallery openings and free classical concerts and poetry readings on campus and around town. I was also involved with Food Not Bombs - which takes extra food from the Delta of Venus and the Food Co-Op that might otherwise be thrown away and distributes it to people for free in Central Park. If you're interested in helping out, we meet at the Agrarian Effort Co-op House at 10 am every Sunday.

In my spare time, I enjoy reading - favorite novels of mine include Peace like a River by Leif Enger, Wuthering Heights by Emily Bronte, and A Wrinkle in Time by Madeleine L'Engle (yes it's a kids' book but it's still very good.) I enjoy poetry by Robert Frost, Elizabeth Barrett Browning, Sylvia Plath, and Jack Kerouac, as well as reading the Bhagavad-Gita and Anne Lamott's Traveling Mercies. I've also just finished Alice Sebold's Lovely Bones - quirky, interesting read.

Favorite movies include Chocolat, the Matrix, the Lord of the Rings and Star Wars trilogies, Under the Tuscan Sun, and the Phantom of the Opera. And I like all kinds of music, everything from Sarah Brightman opera stuff to rock to classical. I have just about all kinds of CDs except for rap and hip hop because I get to hear that in everyone's car and at work.

Favorite restaurants - I am vegetarian/vegan so this is a bit of a challenge for me, but there are some great places around. I love the Delta of Venus, Chipotle, Kathmandu Kitchen, El Mariachi, and Quiznos - and Fuzio's and Caffe Italia and the Pita Pit are ok too. The Bean and Rice burritos on campus aren't too bad either.

Favorite websites - check out the cute kids at www.annegeddes.com, play the game Text Twist, under "Word Games" at www.yahoo.com, and make a difference in the world for free at www.thehungersite.com

If you have poetry or artwork to submit, then please check out Muse Matrix - this is a somewhat hippie-ish counterculture magazine put out by my friend Yasa. Past issues are available online, and she also holds quarterly Muse Faires at the Delta of Venus in the afternoon - the next one is July 23rd. If you would like to submit anything, then please contact her at tmm@omsoft.org

I'd also encourage everyone to buy a copy of The Spare Changer when you see the homeless selling it downtown - it represents legitimate work and an honest living for them, as well as a way for voices and perspectives to get out that aren't normally heard. I've been through plenty of hard times and struggles to get the rent paid that I can empathize with the less-than-housed - especially with housing costs the way they are now. Please also contact me if there's anything you think the city or other groups could do about the housing problem - I am thinking of writing a resolution for the ASUCD Senate and trying to get a senator to introduce it this fall.

I also like to be out in nature - hiking, swimming, etc. Also I love creative writing, have some poems and two short novellas and a short story written but am not sure where to go with them. Also I love babies and little children, and will often wave and smile at them.

A fun weird fact about me: when I was about six I was at a science museum with my family that was built on the top of a large hill. As we were walking out towards our car, I decided to try an experiment of my own and see what would happen if I took my shoes off and threw them down all the way to the lower parking levels. Turned out my parents weren't too happy as they had to carry my barefoot self down at least a mile so I could find the shoes again. Now every time we go there everyone points out where I threw down my shoes!

2006-03-12 15:25:52   Oh, I remember this Cristina Deptula. She was completely self-absorbed. She was a hard-core Reborn Christian, and anti-choice activist. I was in a class with her, and she brought huge posters of bloody fetuses to our class! Unbelieveable. She had been in a rally on the Quad. Throughout that class, she was annoying to all of us. No one would ever want to be partnered with her. And the professor would bring food, and she would hog it! Instead of passing it, she would sit with the chips & dip on her desk & eat & eat! She was simply oblivious. Very poor social skills. —IsabelleSandoval

2006-03-12 15:42:19   I'll balance out that negativity with some good things to say, because I thought Cristina was a great person. I first met her in 2004 at an open mic at Espresso Roma at which I played music and she read poetry. I made her acquaintance that night because I was quite impressed by her poetry. After that I ended up running into her at many other events including the Beat Generation conference, a Bach concert by the Music department, a poetry reading by Andy Jones, the Whole Earth Festival, and rallies in the Quad. Through our conversations at each of these encounters, she struck me as a very kind person and a true artist who was passionate about her work and artistic expression in general. —BrianAng

2006-03-14 00:26:39   I.S.' comment is unbelievable. Cristina was the most socially involved person I've met in Davis. She donated her time to Food Not Bombs, wrote for the Muse Matrix, was a great lover of the arts, went to music events, she was CA science writer, and is technically highly knowlegable. Actually, she is greatly missed. Why I.S. would want to go out of her way to bash her a year after she's been here is itself revealing. —SteveDavison

Hi everyone, it's been a long time since I saw this page, been working in our family business (electrical testing) but just drove through Davis on the way to a family vacation in Tahoe and it brought back old memories.

I have to admit, I am fairly socially progressive and do not remember ever being involved with an militant religious or anti-choice group, perhaps the author of one of the comments above meant someone else by mistake?? I mentored children through the Cal Aggie Christian Association and attended some Belfry dinners. I admit I can be and have been socially oblivious at times and regret ever offending anyone, though.

I'm still working on revising the novel, and am now involved with a friendship-partner group for local Bay Area international students. Also I serve as an Exhibit Explorer (docent) for the Chabot Space and Science Museum in the Oakland hills, where we have planetarium shows and some of California's largest telescopes. I encourage people to check us out online at [www.chabotspace.org].