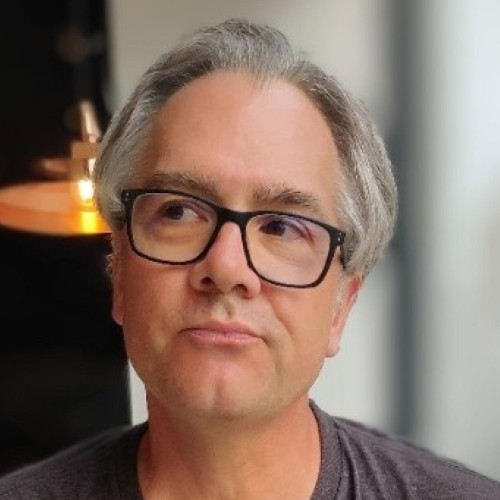 Mike is a Davis native who has spent his entire life in Davis except for the time he lived in San Francisco from 1994 - 2002 (and three years early on when he lived in Woodland - shhh). The time in San Francisco was spent getting a Masters degree in Computer Science from San Francisco State (thesis: extremely boring reading), watching the rise and crash of the Internet boom, finding his wife Andi and having his first son, Owen.

As soon as Owen was born, he scurried back to Davis where he believes that it is nice and safe to raise his kids. 2 years later, his second son, Spencer was born. Also living in Davis are Mike's parents, Bob and Pat Gonzalez and his sister Michele.

Mike was born at Kaiser in Sacramento and spent his early years living in East Davis. He attended Birch Lane Elementary, Holmes Jr. High then Davis High School. Mike graduated from DHS in 1985 and received his BS in Electrical Engineering from UCD in 1990. After graduating from UCD, Mike worked at a small, successful electronics firm in Woodland called AgriVision Engineering (that designed and produced fruit processing equipment, most famously the "Cherry Pit Detector"). He found electrical engineering quite boring and decided he'd better live somewhere else for awhile before he finds himself on his death bed having never left Davis. That resulted in the move to San Francisco.

Mike has been playing bass for 20 years and currently is an indie-type band called Desario. Past Davis bands that Mike played in during and shortly after college (during Davis' pre-grunge wall of sound music hey-day) include Daisychain, The Thin Men and Ghost.

Mike spends all of his time now cleaning up after his family, playing in Desario and working in middle management in the IT department at VSP.

Hi Mike Carr, long time no see. So I'm watching this really great tv show tonight and I finally understand your band name. Nice work. Now I just have to see your band so I know what Desario sounds like. —EdHenn