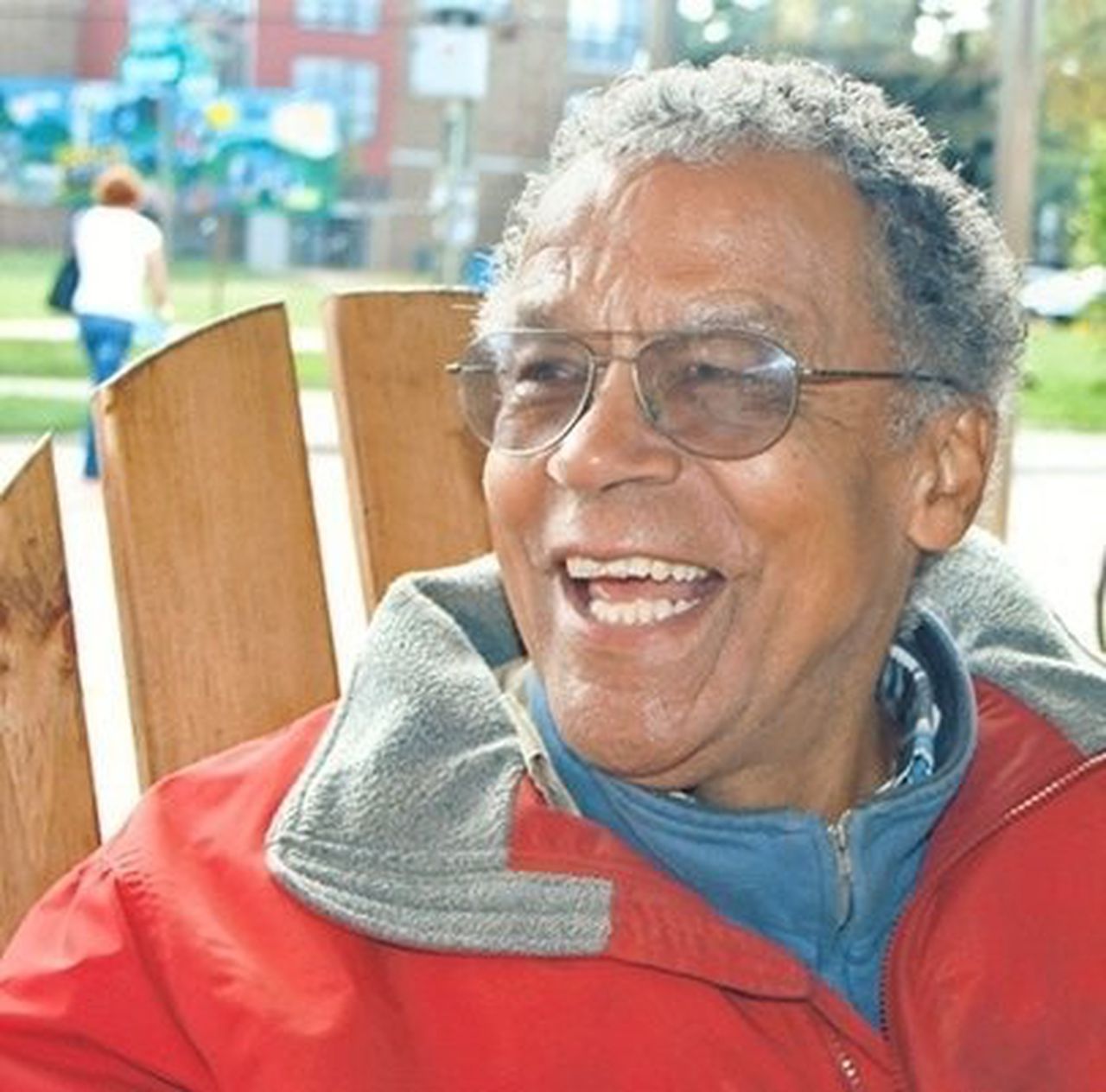 Coleman Jewett died in January 2013. His obituary is below.

Mr. Coleman Jewett, purveyor of furniture & humorous signs at the Farmer's Market. A life-long Ann Arbor resident, his family has been in the city for generations -- in fact, Jewett Avenue  is named after his family.

There's an article about Mr. Jewett's experiences at Jones Elementary on The Communicator: http://the-communicator.org/index.php/site/article/changing_for_the_future_remembering_the_past/ (link broken, 1/2013)

Michael Jewett is a personality on WEMU.

Money is being raised in 2014 to build a memorial to Coleman Jewett at the Ann Arbor Farmers Market. The design that has been discussed is a bronze Adirondack chair.

A quintessential son of Ann Arbor, Coleman Jewett, passed away on January 23, 2013, at St. Joseph Mercy Hospital. Born to a family that has been in Ann Arbor since the 1850’s, the son of Richard Jewett and Iva Dean, Coleman was a huge presence in the Ann Arbor educational, recreational and social service community.

He graduated from Ann Arbor High School at the age of sixteen, where he distinguished himself on the football, basketball and track fields while also presiding over the Student Council as President. After serving as a Medical Illustrator in the US Army, Coleman went on to graduate with a BS and an MA degree from Eastern Michigan University; he hit the court with the love and joy that characterized his life as a man and a staunch community member. No matter who came in contact with Coleman, they were served by a man who loved learning, who loved the arts and who loved the field of play. He worked with children as a Recreation Supervisor at West Park: his educational career spanned from Maxey Boys Training School to the University Center; Bach, and Northside Elementary Schools to Tappan, Forsythe, and Scarlett Middle schools. He distinguished himself as the rare educator loved by students and staff alike, a man that taught by example.

Coleman was a favorite vendor at the Ann Arbor Farmer’s Market where he held his corner post for over forty years. His wares extended from African masks to Tikis to painted plaques of comic book characters to the ever- present Adirondack chairs and bookcases. He could be counted on for a laugh, a conversation, and an uncanny ability to remember former students, customers, and those who attended the Market on a weekly basis. Mornings found him at the Washtenaw Dairy, “playing his numbers,” as well as daily basketball with the “Y” guys at noon. Indeed, he played the week before his death - and won.

His influence extended beyond the field of play: he served on the Ann Arbor Historical Commission, the city's Human Relations Commission, the Peace Neighborhood Board of Directors, and in leadership roles among the Ann Arbor educational community. He did not seek the limelight, though he earned it through his love for students and his commitment to a life characterized by human kindness, humor and hard work.

Students lucky enough to attend Tappan while Coleman was there will remember his ‘Fun Nights,” and his early morning basketball league that required a student to be 5’5” or less, and his easygoing though firm discipline, accompanied by BlowPops and compassion.

Coleman is preceeded in death by his former wife and mother of his children, Yvonne Brannum; his parents; his sister and her husband, Ruth and Wilmer Jackson; and his nephew, Ricky O’Neal who died in Viet Nam.

Coleman is survived by his wife of 35 years, Margaret Seleen Jewett; his children Michele Jewett (Gino) Trigg and Michael (Kay Marsh) Jewett; his step-children Kelly Mosley and Christopher (Jennifer) Taylor; his step-grandchildren, Michaela Bell, Rita Riggs, Christopher Mosley, Jalen Mosley, and Cameron Taylor; his sister, Iva O'Neal; and his nieces and nephews: Judith Gore, William"Bruce" O'Neal, Cheri O'Neal, Lori Bellamy, Steve O'Neal and Shannon El-Amin. And not to be forgotten is his devotion to his cat, Jack, who still wonders why the ‘old man chair’ is empty.

Ann Arbor will be a little less humorous, a little less soulful, and a little less illustrious in the absence of a man who devoted his life to this town that he loved. He was an enduring presence in the lives of students and admirers, a man who could be counted on for attention and authenticity; a man who understood service and who was committed to the improvement of life as we know it.

In lieu of flowers, memorial contributions may be made to;