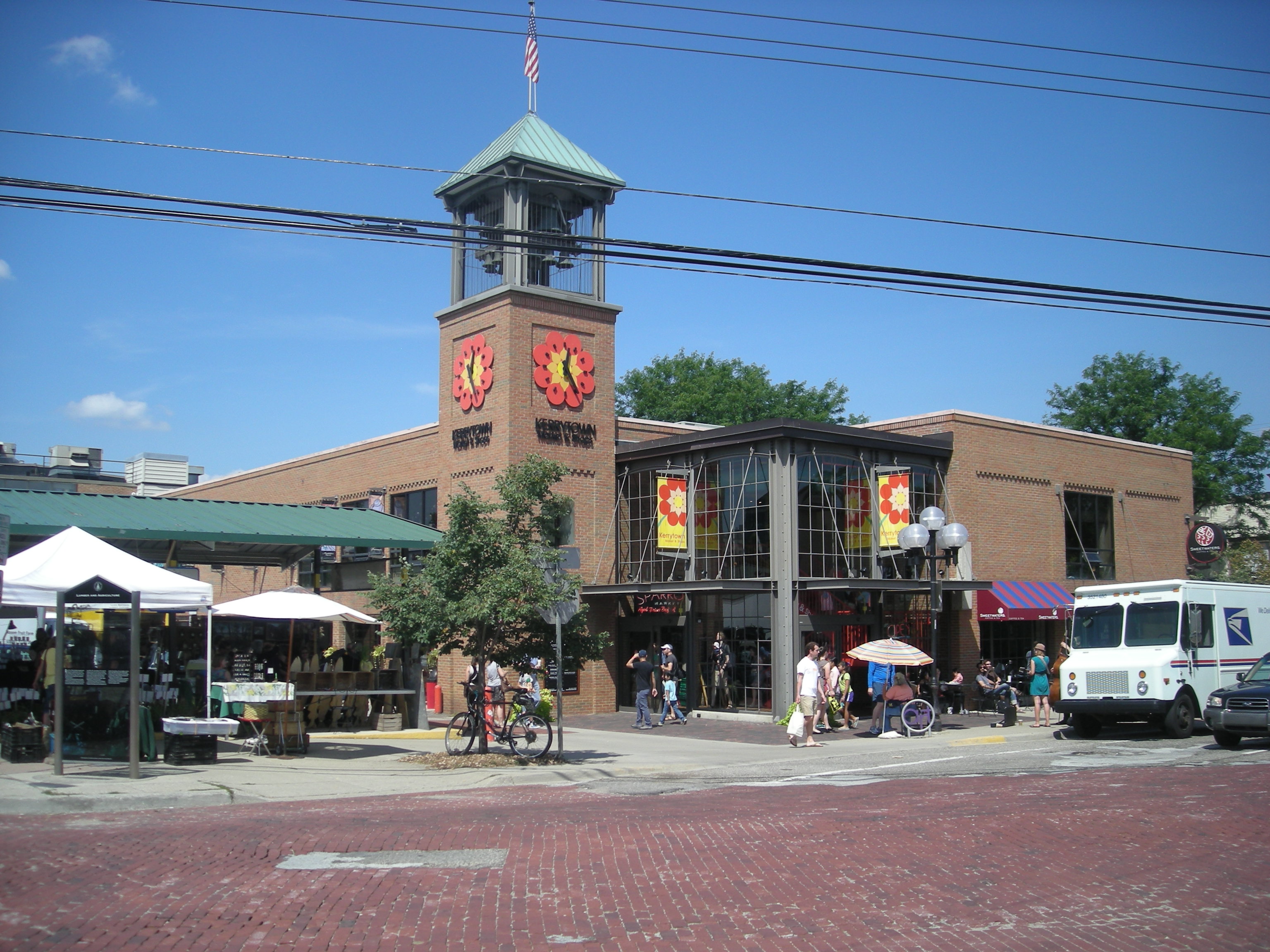 Kerrytown is a shopping district immediately north of Downtown and west of the Old Fourth Ward, centered on the Kerrytown shopping center and also including the North Fourth Avenue, North Main Street, and Braun Court commercial districts. Near The Farmer's Market, Community High School and Zingerman's Deli; the name may also be used to describe the neighborhood nearby, including Braun Court across the street.

According to Ann Arbor historian Wystan Stevens, Kerrytown was named by late Ann Arbor lawyer Art Carpenter, whose mother was from County Kerry. Later, fellow investors drove Mr. Carpenter from his leadership role in the Kerrytown project. He then purchased the former Diroff's Market (a grocery store that had first been known as Disderide's), and named it "The Market Place," but that business didn't fourish.  The building then was purchased by  Ari Weinzweig and Paul Saginaw, and served as the nucleus of the Zingerman's Deli and other Zing businesses.

Kerrytown is built in an complex of three brick buildings, the oldest from 1874.

The Luick Building is the former Luick Brothers Lumber Company. From 1873 to 1930, it supplied wood and wood products to the area. The lumberyard was given to the city as a farmers market in 1931, and in 1942 the building was purchased for the Washtenaw Farm Bureau store.

The former Godfrey Moving and Storage building forms another part of Kerrytown; that building is part of a business that was once owned by Cecil O. Creal, a former mayor of Ann Arbor.