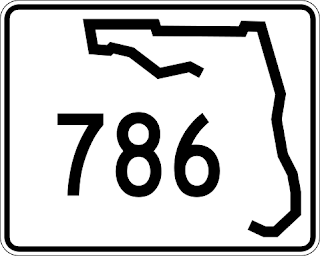 The area code 305 is an emblem of Miami culture because it provides a smooth rhythm and an easy rhyme scheme. The carefully placed 'five' after the pointed 'three-oh' allows for compelling consonance and lyrical exploration. Loved by poets and musicians alike, Miami's original area code has been enjoyed since before history.

With the advent of the pager, Miami's phone systems suffered considerably high volume and registration. As a hub of both mercantile narcotocists and cosmetic surgeons who are on-call, Miami's overburdened phonebook found itself in dire need of expansion and accommodation. Thus, in 1998, as pagers gave way to cell phones and many entrepreneurs found themselves applying for multiple forms of mobile communication devices, Miami split the area code between the grandfathered 305 numbers, and the newer, far less legitimate 786 area code.

The ensuing conflict between the swankier 305 number-holders, and their far less rad 786 counterparts, remains an iconic facet of Miami's inherently fashionably competitive culture.

And apparently '786' spells out "S-U-N" on some phone keypads, or something.