Davey D is multi-media journalist, professor, hip-hop historian, radio show host, dj, activist, speaker, and commentator with a long history of playing and reporting on hip hop, fostering community awareness and involvement, and questioning structures of power. He has gone from underground, to commercial, college radio to Free Speech Radio, all the while reporting and commentating on the specific issues in the context of local and global politics. 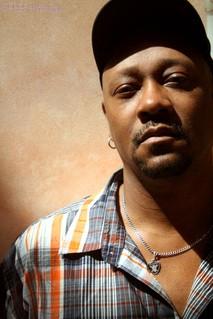 Davey D moved from New York to attend UC Berkeley, where among other things, he deejayed at KALX, and had his own mobile dj company. He also wrote columns for newspapers such as the BAM Magazine, SF Bay Guardian as well as his own "The Davey D Beat Report". He started working at KPFA, and on to the commercial radio station KMEL.

This is only a smidgeon of the huge amount of work, reporting, and music sharing that Davey D has done. Please feel free to add to this page.

His websitewww.daveyd.com. Visit his blog for "hip-hop news headlines and stories"

Davey D was the recipient of the East Bay Express Best Activist Readers' Poll Award in 2014.