Royal E. Towns and his colleagues with Engine Company No. 22 of the racially segregated Oakland Fire Department. (1943) 1

Royal Edward Towns (February 10, 1899 – July 23, 1990) was one of the first African American firefighters in Oakland, and was instrumental in helping desegregate the fire department. Towns was born in Oakland in 1899, and when denied union membership in his factory job because of his race, went to work as a railroad porter. He took the fire department application test and easily passed (he was an intelligent young man, and spoke three languages), but because of his race, his application needed a nudge from his former employer. He helped train many other black applicants to pass the test, and was scoutmaster for a Boy Scout troop that included Sam Golden, who went on to become the first African American fire chief in Oakland.

A paper at the University of California, Berkeley transcribed part of an interview with Towns of a tape recorded oral history interview conducted by Pamela Morton in 1981, Oakland Neighborhood History Project, Oakland Public Library, 1996. p.30):

[His former employer] says, ‘Well, what are you doing on here?’
I said, ‘Well, they found out I was black.’ So I said, ‘I had a hard time getting in the unions and things like that.’
And he said, ‘Is this the best you could get?’
I said, ‘No.’ I says, ‘I took the post office examination, the police department examination, and the fire department examination.’
He says, ‘Which one do you want?’
I says, ‘I would like to have the fire department job.’
‘Well,’ he says, ‘you come and see me tomorrow up at the Niles Athenian Club.’
So I went down … there to see Mr. Gross. ‘Well, Mr. Gross, here I am.’
He says, “Well, wait a minute, I’m going to call the head of the Public Health and Safety over there.” And so we called ‘em up, Frank Corbett was the man in charge. Says, “Hello, Frank?…I’ve got a very good friend of mine,’ he says, ‘used to work for me. And he’s got a family and everything and he’s taking a job at the fire department. I’d like to know when he’s going to get appointed….Oh,” he says, “on February the 14th, huh? All right,” he says, “now you take care of him. That’s my boy!”
So that was the end of that. So I got my job at the Fire Department.

According to Images of America: Oakland Fire Department, Towns joined the OFD in 1927 and was assigned to Engine Company No. 22, a segregated firehouse in West Oakland, located at 3320 Magnolia St. After collecting data showing African Americans were being promoted in other cities, Towns became the first to be promoted in the OFD. He became a chief's operator in 1941 and retired as a lieutenant in 1962.

Royal Towns, Jr. went to sea at age 18, and sailed all over the world, first as an ordinary seaman then later as an able seaman. Gloria was the first wife of mayor Lionel Wilson, and the mother of his 3 sons.

Towns was active in the Prince Hall Freemasons.

Interesting coincidence: the woman who helped me with research at Mountain View lives next door to where Sam Golden and his wife lived. 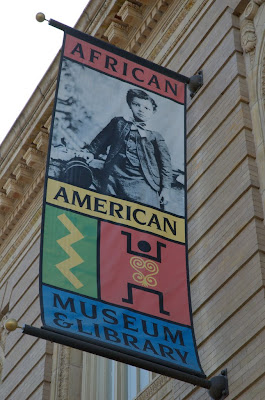 Royal Towns as a child
photo from Our Oakland

Royal Towns as a child 3